The Queen of Fair-Trade Skincare

Back in 2003 before “indie beauty” or “fair-trade” were the trendy terms they are now, Rahama Wright went to Africa with the Peace Corps where she was first introduced to the magical ingredient of Shea butter.

When I started my beauty public relations company 15 years ago, I basically hit the lottery with one of my very first clients—Rahama Wright of Shea Yeleen. I remember speaking with her on the phone for the first time and thinking, my God, this woman is brilliant. Her story of how she connected West African shea butter producers to consumers and created a skincare brand that helps almost one thousand women build a life for themselves and their families was so inspiring, it made me feel incredibly insecure and reconsider what the hell I’ve been doing with my life all these years.

So, when I thought about who I wanted to interview for the first profile on Beautyologie, my mind immediately went to Rahama.

For some reason, when Rahama told me she was the eldest of five siblings born, I wasn’t surprised. She’s got this natural leader energy about her that just makes you listen to anything she says. I can only imagine the impression she left on her little brothers and sisters. Raised in a middle-class suburb in upstate NY, Rahama’s childhood was colored with an internationally-focused education and loads of independence. Her parents met when her dad volunteered with the Peace Corps in Mali, West Africa, which borders Ghana, the birthplace of Rahama’s mother.

The contrast between her mom’s sixth-grade education and her dad’s master’s degree along with her own good ol’ American opportunity to follow her dreams, just never sat well with Rahama: “[My mom] wasn’t allowed to go to school because she was a girl. So even though she was super smart, her family wanted her to marry young and become a mother.”

Rahama is the first to admit she was a “very serious child” who was always fighting for the underdog: “If I saw a kid being bullied, I would step in and say, “Stop treating that person like that.’ I initially wanted to be a lawyer, so I could fight for injustice. When I was 10 learning about apartheid, I just remember being very angry, even though I didn’t fully understand it. It just seemed so unfair.” Do you get a sense of where I’m going with this? By the time middle school rolled around–when most people her age were reading Bop magazine and crimping their hair–Rahama was already making post-college plans to join the Peace Corps herself: “I always just had this very clear sense that I would be doing something related to Africa.”

As soon as she received her degree in international affairs in political science, Rahama eagerly boarded a plane to Mali to devote two years of her life toward creating real change. Before she knew it, she’d be introduced to something that would change her life forever…the shea tree. “The amazing Shea tree thrives in the Sahel part of Africa and it doesn’t grow anywhere else in the world,” says Rahama. “It’s also one of the very few natural resources known as women’s work.”

Despite Africa’s male-dominated agricultural industry, and the grueling labor that comes with harvesting Shea, it’s culturally tied to the women’s lives. Shea is not only used for the skin—it’s the first thing that’s put on a baby when its born–it’s used in cooking as well. Just like how coconut oil has become so mainstream, shea is what they fry up food in.

Shea butter is liquid gold for your skin. It’s the actual fat extracted from seeds of the shea tree. Rich in fatty acids and vitamins, shea butter is an amazing anti-inflammatory and makes a thick luscious moisturizer. It’s been used in cosmetics for ages, but surprisingly, the history behind this powerful nut is still not common knowledge.

“It’s something that is passed down as a tradition from mother to daughter. It’s culturally respected as a way for women to make money,” says Rahama. “So, as I learned about this opportunity for women, I was very surprised that in all of my years of going to places like Bath & Body works back home in the U.S., I’d seen Shea butter written on so many bottles, but never one time did I know that Shea butter came from Africa, I had no idea.”

And despite her own mom being Ghanaian, Shea butter was never part of Rahama’s own upbringing: “One of the things that a lot of immigrant parents do when they’re raising their children in America is, especially African immigrants—of course, I can’t speak to all—is they really focused on their children being considered Americans. My mom wouldn’t speak her local language. I don’t know her local language. She would make more American style food. It was like pulling teeth to get her to tell stories about growing up in Tamale.”

So, here is Rahama in 2003, living in a rural African village with no running water and electricity and she’s seeing the community women desperately struggling with poverty, yet having access to a natural resource that is literally the engine for multi billion-dollar industries.

Here’s where it gets crazy….less than 10% of Shea butter that enters the global marketplace is made in Africa, even though 100% of Shea grows in Africa. This is because large, corporate manufacturers in Europe and Asia source the Shea seed directly, cutting out the women’s ability to be part of the supply chain.

Being a crusader for the underdog, Rahama’s brilliant mind dreamt up the idea and actually created the reality of a cooperative, where the women in these villages can produce the Shea butter before selling it to buyers so they have a hand in the process and get rewarded for it financially.

Through providing training, access to production equipment, capital, payment of five times the living wage in Africa and the resources needed to create a high quality product that could be sold in the international marketplace, Rahama has provided these women the tools to empower themselves and manage the process of how they run their cooperative on their own.

I told you she was ahhmazing.

“We started with 144 women, then we got to 500 and then 800,” says Rahama. “They’re able to produce 21 tons of Shea a month. Since Shea Yeleen is a small brand, so we obviously do not have the ability to absorb all of that. That’s part of the reason why we’ve helped them set up this co-op so that they can sell to other people as well. “
At the end of the day for Wright, her goal isn’t to be the next Drunk Elephant (even though that wouldn’t hurt), but to allow these women to be respected leaders in the shea butter supply chain and have the financial freedom to spin their accomplishments into their own businesses for the rest of their lives.

Through her work in the shea butter cooperative in Damongo, Ghana, Gladys, a married woman of four, has been paying for her kids’ school fees, health insurance and utility bills. She was also able to fund her dream of opening a small café with her Shea Yeleen income.

“I think too often when we think about people in poor communities, we automatically think that they don’t have their own solutions to their problems, that we always have to be their saviors,” says Rahama. “I categorically do not believe in creating those narratives. It’s simply about creating an ecosystem that allows people to access resources to benefit from opportunity so that they have more choices. Then, they make the choices that align best with the life that they want for themselves and their children.”

This profound statement by Rahama really hit me and just demonstrates what a beautiful human being she truly is. 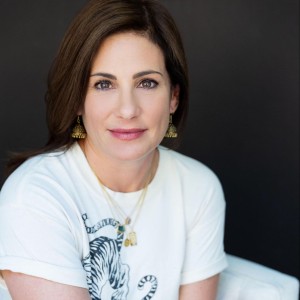 The Beautyologist and Site Founder
More by this Author